Occupy Everything: Breaking Down the Culture of Renting 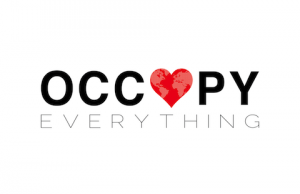 Someone told me that people like top 10 lists as blog entries. I've been writing one for next Monday on things that people used to buy, but now rent instead. Writing the list has made me feel like something of a stodgy relic, thinking nostalgically about the old days... y'know, 5 years ago. Society has definitely shifted away from ownership and towards a culture where borrowing is more the norm.

The most telling shift is seen in Wikipedia's historical definitions of the American Dream. Originally the concept referred to the low cost to buy farmland in the US. Now it is a "dream" of an equal chance for all to achieve success and prosperity. Success and prosperity are extremely subjective things, and even within that entry there's some conflict over what indicates that one has succeeded and/or prospered. Is it a chance for equal education and a good job? If so, it's got very little bearing on material items. However, in that same entry they state: "[h]ome ownership is sometimes used as a proxy for achieving the promised prosperity; ownership has been a status symbol separating the middle classes from the poor." Personally, I would say that this is no longer true - rather, it now separates the upper class from the middle class, or it's certainly heading that way. After all, the top 15 private landowners in the world are all either heirs, royalty or Ted Turner. END_OF_DOCUMENT_TOKEN_TO_BE_REPLACED