Chicago Luxury Apartments Explained for the Rest of Us 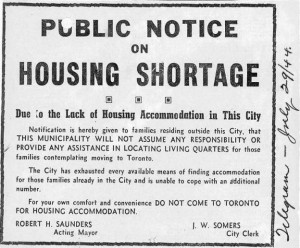 Will we soon be seeing articles like this about Chicago?

A Peculiar Answer to a Housing Shortage

The apartment rental pundit blogs are buzzing lately about the future of the Chicago market. In 2011 the Depaul Institute of Housing Studies announced that Chicago would be short on affordable rentals for the next 20 years if we were to start building more stock right at that moment. This year ground has been broken and/or plans announced for the construction of thousands of new apartments in downtown Chicago . However, most of these are luxury skyscrapers. To the outside observer one would surmise that these developers have missed the point. Why would they build a rash of $2000/month 2 bedroom apartments when "affordable" is somewhere around half of that amount?

The answer lies in the availability of funds for projects of this nature. Banks have become far more stringent in lending to any potential homebuyer. For those looking to use borrowed funds to build large scale apartments the available funds are even scarcer. A construction loan large enough to fund the construction of affordable apartments would be due back in full after 5-7 years. While this would be theoretically possible if the units were sold off as condominiums, the "get rich slowly" model of business that accompanies a rental-oriented business model is focused on steady, ongoing cash flow, not immediate gains. A landlord renting out the units at $1000 per month would take far longer to pay off the construction loan than a developer who sold off the units at $200k each.

Unless a landlord has a standing line of credit or large amounts of cash on hand, building affordable apartments remains a pipe dream. The only major source of money to build apartments is coming from REITs, and they're only interested in one thing - getting big cash flow coming in as quickly as possible. END_OF_DOCUMENT_TOKEN_TO_BE_REPLACED