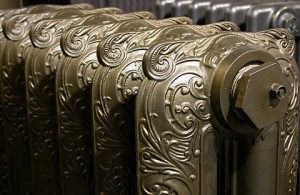 That's a lot of physics going on. In a perfect situation you would hear no noise, but these are Chicago apartments we're talking about here. The systems are rarely in good condition, but they'll suffice. What's important here is to know what's reasonable and what's dangerous. You will hear some ticking as the metal radiator expands & contracts in reaction to the temperature changes. There will be some hissing as excess air escapes through the pressure release valve on your radiator. You may even hear the gurgle of water as it flows back out. These are all normal sounds and part of living with your noisy new heat-giving friend. However, there's one sound that you should not hear: knocking. END_OF_DOCUMENT_TOKEN_TO_BE_REPLACED