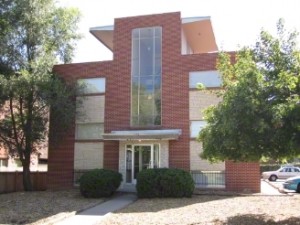 Paris is for ... Landlords?

1690 Paris Street is a 129 unit apartment complex on 111,115 square feet of land. It has 11 buildings containing roughly 12 units each. It has a sweet 3.9% vacancy rate, convenient location, and the units have, according to the sales flyer I have here, been maintained well over the years by a "hands on" owner.

1690 Paris Street, Aurora, Colorado. Home of James Holmes, who filled his apartment with so many booby traps and explosives that it took the bomb squad two days to clear it out with robots. An apartment building full of medical students who all made it their first choice in a rental search at some point over the past few years, thinking "I want to call this place home." Now it's a poster child for "worst case investment property scenario" making landlords across the country reach for the Xanax and hope that nobody in their buildings has done the same thing.


Above: The listing for 1690 Paris Street in Aurora, courtesy of Loopnet.com.

When the Background Check Fails

The tragedy in Aurora has raised debates about a multitude of issues and brought grief to hundreds of Colorado residents, but the first thing that crossed my mind is "where was the landlord in all of this?" followed shortly by "how can we prevent this from happening again?" After reading some of the reports on Holmes as a renter, there are some things I would have done differently, but the main thing I'm getting from it is that sometimes as a landlord you just can't tell going in how good or bad a tenant could turn out to be.

Let's look at some pithy commentary about what happened in the apartment building and some of Holmes' history as a tenant, as revealed in this Denver Post article by Sara Burnett and Jessica Fender.

In an apartment rental application he submitted for a different apartment early last year, Holmes described himself as a "quiet and easy-going" student.

Holmes seemed normal and studious [...] The maintenance person at Holmes' last apartment in Riverside remembered Holmes much the same way. [...] "He didn't destroy this apartment when he left," Torres said. "When he left it was in good condition."

Most landlords that I know of would be eager to rent to someone quiet and easy-going. On the other hand, a good landlord would probably not take the tenant on their word. It's tough to tell with personality, though. If the kid was quiet and reserved during the apartment showings he probably would not have raised any red flags with the management. However, the neighbors were certainly aware.

Chances are that this bright and studious kid from a good family would have decent, if not perfect credit. He'd had trouble finding work so there may have been some blemishes but nothing to prevent him from renting a place on his own. If someone called the prior landlord for a reference they would have encountered someone like Jose Torres, quoted above. All the background checking in the world would not have tipped off a landlord to the potential danger in this kid.

On many rental applications in Chicago there's a field for personal references. It's become something of a joke. Nobody knows what to write in that field and to the best of my knowledge no landlord that I can recall ever used a personal reference in a background check. If you don't have a landlord, credit report or job to verify - the only kind of situation that would merit calling personal references - chances are you're going to need a cosigner and a whole lot of additional assurance that the prospective tenant is good for the rent. But this whole incident has given me pause about the situation.

Maybe we should be using that field. Maybe we should be requiring it and not only checking it but really talking with these references to get a solid picture of who our new tenants are. Are they talkative? Quiet? Are they a little odd? And maybe I should start coaching my tenant applicants to use a personal reference who will vouch for them if asked whether or not they will fill their apartment with explosives.

Of course, there's still barriers that a landlord cannot cross when checking references. No questions that could violate fair housing law. Questions about gun ownership even in a city as firearm-unfriendly as Chicago are on shaky ground. Questions that try to determine whether or not the applicant is mentally ill are definitely out of line. Still, given the number of former friends who've come forward to say that Holmes was a totally silent creeper, a check with personal references might have been the only alert this poor landlord might have gotten.

The Importance of Ongoing Presence

Other tenants in his building — which is reserved for students, faculty and staff of the medical campus — described him as a recluse.

His neighbors in Aurora said he kept to himself and wouldn't acknowledge people when they passed in the hall and said hello.

Neighbors in a fourth-floor apartment one building had a bird's eye view of the suspect's apartment. They said the curtains are usually closed and they never see any movement inside the apartment. [...] Even at night, there are no lights or anything in that apartment, said Yesenia Lujan, 24, who has lived in her apartment for seven months.

So the advertisement said that the landlord was a "hands on" owner. This usually means that he/she is involved in the day to day business and decisions about maintaining the property, rather than hiring an outside property manager. In this case it doesn't mean that the landlord was on the ground talking with his tenants on a regular basis. This, above all, is where this particular landlord lost the plot.

Personally I think that every investor should spend at least a week living in their own apartment buildings. (This may be a bit extreme. C'est la vie.) But regardless of whether or not he lived on site, a landlord or property manager who had spoken with the tenants on a regular basis would probably have uncovered the strange behavior of the fellow in #10. Maybe nobody would have mentioned it, but without making the effort to keep communication lines open the landlord guaranteed he would never find out about the disaster brewing in his property.

Now, I'm not going to name the landlord and call him a bad guy. Bad enough that the property address is now mentioned in news articles all around the world. He may well have trouble selling on account of this lunatic. He's got to deal with all the tenants who were evacuated during the bomb search - some will inevitably ask for rent refunds for those days. While he may be partially at fault one could hardly accuse him of deliberate negligence. There's plenty of large-scale landlords who never speak to their tenants, never go to the buildings at all if they can avoid it. It's a typical thing to do. But I can tell you that the landlord who stops by once a month to collect rent, the ones who go in to change the air filter, the ones who know the names of all the kids in the complex, they will have a far lower chance of becoming hosts to folks like Holmes. Troubled tenants avoid scrutiny. They'll self-select out of buildings with active landlords.

Back in the earliest months of this blog I asked landlords - what are you in it for? If you're in it "for the property itself" as I recommended, you're probably well-positioned to avoid a situation like we saw at 1690 Paris. If not, well, maybe it's time to reconsider the possible consequences.

A 20-year-old biology student at University of Colorado Denver, lives in an apartment below Holmes. [...] Around midnight, [she] said she heard techno music blasting from Holmes apartment. She went upstairs and knocked on the door. When no one answered, she put her hand on the door knob and realized the door was unlocked. [She] decided not to go inside the apartment.

When you know your property well, you can just tell when something is out of place. The tenant mentioned above knew well enough to not go into Holmes' apartment. That decision probably saved her life.

Of course, you shouldn't be entering a tenants' apartment without warning. Chicago requires two days advance notice except in emergency situations, in which case you get two days after the fact to notify the tenant that you've been in their unit.

Even so, you need to be at your buildings enough to be able to detect when something is wrong. If you smell something strange, hear something strange, or anything is happening in the building that obviously requires a first responder's attention, do NOT enter the apartment. If you disturb the crime scene you could wind up in hot water, in jail, or even six feet under. Keep emergency contact numbers for your tenants. Keep tabs on who's coming and going.

Is it wrong to maintain the status quo?

If background checks and presence of landlords on the ground at their properties do not change based on this incident I won't be disappointed or upset. It was a one-time occurrence and should not be used as a sign that every tenant is stocking their fridge with C-4. Laissez-faire landlording is pretty much the norm and has served us well across history. I believe the vast majority of the public truly wants to stay within the bounds of the law. We take known risks in entering the rental industry as investors. Sometimes the best we can do is plan our risk management procedures thoroughly and keep an ear to the ground.

Thanks for reading! Come on back Wednesday - I'll be talking more specifically about what's involved if your rental becomes a crime scene.

(Commenters, I welcome your discussion and debate about this, but I will not approve any comment involving gun control or the 2nd amendment here.)