Home » All Entries » Safety and the Illusion Thereof

Safety and the Illusion Thereof

One of the most common questions among renters and buyers moving to new areas is whether or not those areas are “safe.” In fact, the majority of moves, be it between apartments, condos or houses, are within a very short distance. Safety and comfort levels are definitely a factor in this particular statistic – people stay within the area that they know. However, with rising prices in both the rental and purchase housing markets, many Chicagoans are faced with moving to new sections of the city where safety is an unknown factor. As for the folks moving from outside the city, it’s tough enough to understand the hundreds of distinct neighborhoods within the city limits, let alone to compare crime statistics to a reasonable extent.

Antique maps show monsters and dragons beyond the edges of known lands. This is coincidentally also the worldview of people who are moving to a new neighborhood.

As much as I’d like to reach every renter and buyer and explain to them how to statistically analyze crime risk in a given neighborhood, I can’t do so. Even if I did, my own rational explanations would be massively overwhelmed by the media hype surrounding Chicago’s high crime rates. Those crimes may be consolidated in areas far removed from your neighborhoods of choice. They may have little to no bearing on your daily life. However, they are prominent in the minds of any home seeker, and it’s tough to combat emotional conviction with reason. What you must fight against is not the idea that your particular area is a bad neighborhood, but that the entire city is a homogeneous, crime-ridden hole.

If you’re a landlord or home seller, it’s therefore far more critical to be aware of how safe your neighborhood feels. You can rattle off all the stats in the world, but if a potential buyer or renter feels wrong in your immediate vicinity they will not be interested in making an offer on your property. This is even more critical if you’re expecting to get an above-average price for your listing, since those tend to be taken only by folks from out of town who don’t know any better. Curb appeal in Chicago is not just about the visual appeal of your yard and building. It is also majorly affected by the aura of safety or danger projected by your block.

I’ve been living in Chicago for 15 years now, but I grew up in the suburbs of Connecticut and spent several summers mucking about in small New England towns. The last town where I worked before moving here was so small, the residents got offended if they saw you locking your car doors. Now, this doesn’t mean that I was a wide-eyed hick when I moved out here in the late 90′s, but it did take a bit before I found my “city legs.” 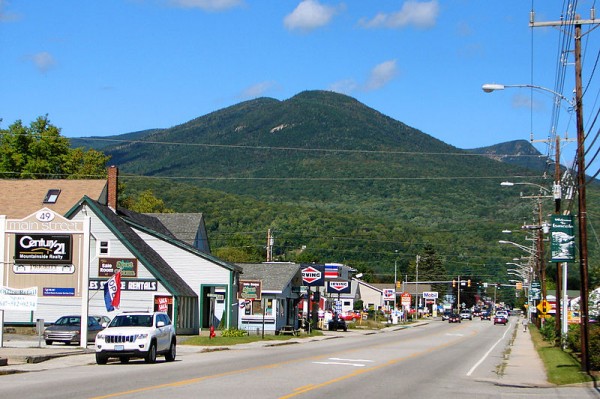 Lincoln, NH. My last temporary “home” before moving to Chicago.

Before I moved out here the worst sort of crime I encountered was a prank phone call or two. Since then I’ve had my car windows smashed in three times. Now, for Chicago these crimes are pretty benign, but the first time it happened to me it was still pretty shocking. The third time? I’d gotten used to it. I rolled my eyes, called up my mechanic (Speed Dial 6) and hauled out the vacuum.

As owners in Chicago we become inured to the level of criminal activity that surrounds us. The longer we stay here, the more difficult it becomes to see our neighborhoods through the eyes of a newcomer. Unfortunately, if you’re trying to market your home to a new resident that is exactly what you have to do.

Zeroing Out the Scales

For me, getting into a buyer or renter’s head often involves a day trip to the suburbs. I encourage prospective home sellers and landlords to do the same before they put their property on the market. There is not enough difference between Chicago neighborhoods to truly serve as a “control” in our safety experiment. You need to get out of the city completely – maybe even out of the county – and go spend a day walking in the shoes of someone from the outside. I don’t just mean a quick jaunt to Evanston, either. Get out beyond the reach of the El and walk around a residential neighborhood that has absolutely nothing in common with the city. The best time to do it is a weekday afternoon.

Observe everything while you’re out there. Notice how far the houses sit back from the street. Pay attention to the people walking around, the cars and where they park, the separation of commercial and residential areas. Observe what happens when a school lets out for the day. Spend some time walking around after the shops close. 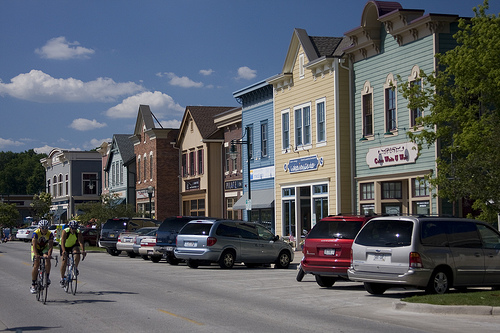 Once you’ve zeroed out your mental scales for what clean, wholesome livin’ is all about, it’s time to head back into the city and reassess your home turf.

I Spy With My Little Eye…

Upon returning from the city outskirts, it should become far more apparent what factors contribute to and detract from the feeling of safety in your own neighborhood. We’ve probably all had our moments in the city of turning down the wrong block and instantly knowing that we were unwelcome. However, if you’ve paid attention to the details in the suburbs you should be more able to pinpoint exactly what contributes to an illusion of safety.

Here are a few that I wrote down on my last trip back in from the hinterlands: