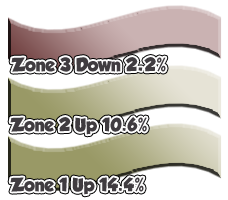 Chicago overall could not sustain the lofty year-over-year rent gains of February. Note that most of the gains shown here were in market time, not rent. (Corrected July 2012)