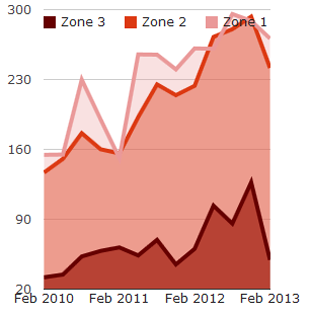 It’s March. That means it’s time to see how the Chicago rental market performed over the past three months in that fancy statistical analysis we like to call Rent Bacon. As a reminder, we changed formats last month to make this monthly feature more useful. In the process we created a rent index which can be used as a means of comparing value between neighborhoods and gauging how much rent could go up or down over the next year. If you want to read more about what the numbers mean, check this explanatory post about the new Rent Bacon.

This month we’re talking about 3 bedroom / 2 bathroom apartments, and investigating how they’ve performed over the past three months. This is the first time we’ve really looked at 3 beds, which are pretty much the top end in terms of size as Chicago apartments go. You might be able to find something larger in a single family home for rent, but they’re few and far between.

In a previous installment of Rent Bacon, I remarked that I saw indicators of people flowing from very expensive Zone 1 to moderately priced Zone 2 when rents got really high downtown. However, that movement didn’t continue from Zone 2 to the even lower-priced Zone 3. My surmise was that the folks who live in Zone 3 – the outskirts of the city – are more likely to move up in size in their same area instead of moving further inwards when their situations changed.

Today in reviewing the index prices we see another potential reason – the gap between Zone 3 housing costs and the inner districts is massive, especially when it comes to apartments large enough to house a big family. Look at the chart above. Look at the gap between the bottom two lines. The average 3 bedroom apartment in Zone 3 is fully 33% cheaper than anywhere else in the city. This is not just a matter of people on the city outskirts loving their neighborhoods. The price gap may be completely insurmountable. A family would have to be earning $84k per year to meet the “affordable housing” limits in Zone 1 or 2. Unless you’ve got a white collar breadwinner or two blue collar/no collar working adults in the family, that just isn’t going to happen.

Winter is a tough time to move for the families that tend to occupy 3 beds. It means uprooting the kids from school and packing up a massive amount of stuff during the worst possible weather of the year. The rental market in Chicago generally slows way down in the winter, but for 3 beds it’s a bit more extreme than we see with smaller apartments. All three of the zones saw major drops in the 4th quarter every year going back to 2010. This year has been particularly nasty.

Zone 3′s values took a major hit, falling 11 points since the same time last year and 78 points since the 3rd quarter of 2012. Rent rates actually improved, so the change in value is largely attributable to a glut of extra units coming on the market. As I discussed in an earlier article, January is always a big month for relationships to fall apart and one bedroom rentals spike upwards accordingly. The improving economy has allowed large groups of roommates to split up, which may be resulting in more large units on the market.

Zones 1 and 2 are sitting pretty and showing growth compared to last year. However, the growth is drastically slowed. Last summer the downtown index peaked at 295.65 and the Zone 2 index at 292.99, so we’ve fallen off a bit from those lofty heights. However, when compared with last winter, an equally slow season, the inner districts actually gained 10-14 points.

Zone 1 is seeing static rents and steadily increasing market times. However, this trend should reverse itself once the spring market hits, so don’t count on it being a trend that we’ll see through the year. Meanwhile, Zone 2′s market times are stable, but the rent rates have relaxed a bit and is suffering from a slight inventory glut that’s hurting it’s rent-to-list ratios. Again, this should be remedied by the spring market when a large number of renters suddenly hit the scene all at once to snap up the leftovers from a slow winter season.

Observation #3: That Chart is Too Steep to Sustain

That’s a pretty nasty slope on that chart. Zone 3′s values at their peak last year had inflated to reach downtown’s 2010 values. That kind of growth is far too rapid for renters – traditionally the poorer members of society – to sustain on an ongoing basis. While the rents in Zone 3 have remained largely stable, the rental pace and market demand out there have made it very difficult for someone working 50+ hours a week to find anything good. Meanwhile, in Zones 1 and 2 average rents have increased by between $400-500 for a 3 bed in just 3 years. This means that the average 3 bedroom renter has to be earning between $14k and $18k more in 2013 than they were in 2010. I somehow don’t think that’s realistic.

Chicago has earned the envy of other northern US cities for a long time when it comes to our roomy apartments and comparatively low rents. When you stack downtown Chicago rents against New York ($6000 for a 3 bed) or San Francisco ($4500) prices we’re still pretty cheap. Even so, 18% growth in rents over 3 years is about twice the pace that an average renter can handle. There must be a slowdown. I see it happening within the next 2 years. 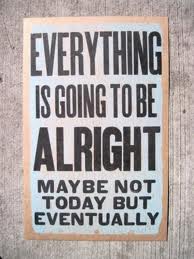 I’ll be back on Wednesday with some advice for a renter who got a nasty surprise this month. See you then!