... In other words, "seriously guys? You thought this was all real? Helloooo!"

So today just to be sure we're all clear I wanted to review the difference between "House Hunters" and buying a real house.

Beyond all of the above, don't be disappointed if the following "House Hunters" clichés do not occur during your search for a new home:

So, go ahead and nickname your top three choices, or knock on the cheapo ceiling fans and laminate floors all your like. If you enjoyed watching the show for all this time don't let a silly thing like this ersatz scandal put you off of it. Just remember a few things as you do.

HGTV exists because it has some pretty stalwart and wealthy advertising sponsors. Most of those sponsors are either real estate brokerages, developers or home improvement stores. They have a vested interest in making you want to purchase real estate, and they definitely have an interest in cultivating your tastes so that you have an acquired disdain for lower-cost finishes. Pay attention to what the last words of every episode are. Assemble them into a mashup and you'll find they read like the cheesy sales pitch of a brand new Realtor. "We feel like real grownups now. This is the place where we'll spend the rest of our lives. It's nice to be finally starting our own lives." These guys are selling homeownership as a gateway drug to thousands of dollars in home improvement projects.

Nothing about "a wise investment of money" or "rents were just getting too high for us to afford." Nothing about "we want to be able to rent this out when we outgrow it" or "my parents left me a bunch of cash." No mentions made of struggling to save the down payment, comparison shopping for mortgage interest rates, or waiting for months on end for the bank to authorize a short sale. Only a few seconds spent on weighing the decision that will affect the next 5-7 years of your life and possibly much longer. If you're lucky, you'll get a hat tip to the enormous amounts of sweat equity invested in some of the homes to get them into their final, moved-in condition. All that is glossed over to give you the cherry-picked best parts of the home buying process: the pretty (faked) showings, the exciting moment of the (faked) decision, and the final shots of the happy couple in their new home. 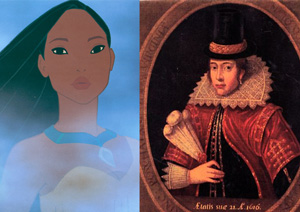 "House Hunters" is to the real home search like Disney films are to their original fairy-tale ancestors. Sanitized, abbreviated, and rearranged to create a happy ending. Everyone knows what Disney does to stories and yet their films are still extremely popular. I have no doubt that "House Hunters" will survive this latest bombshell in some fashion or another because of the enormous amounts of cash that it generates for its sponsors. Regardless of if it's real or scripted it's still an enjoyable show. But please remember that just as you can't live your life like a Disney princess, your home search will probably not go as seen on TV. If you're getting ready to go on a home search, please intersperse your viewings of "House Hunters" with episodes of "COPS," as for every glossy, TV-ready home shown on former, there's many more like the ones seen on the latter.