Home » All Entries » Lingua Franca: Thinking About the Language of Apartment Leases

Lingua Franca: Thinking About the Language of Apartment Leases

Do you remember the first time you read Shakespeare in school? For me it was in seventh grade. I'd heard a lot of hype about him up until that point, but nobody had warned me about the strange, antique form of English he used and how difficult it was to understand. I hacked through it, but for a kid who was used to whipping through a couple of novels a day it was a pretty chastening experience. To paraphrase "Star Trek," it was English, but not as I knew it.

So here's an interesting bit of trivia. If you threaten to sue someone in the process of working on a Wikipedia article, you'll lose your editing privileges. The reasoning behind it stems from the "chilling effect" that legal threats have on other writers. Most folks are pretty scared of getting dragged into a courtroom, even if it's just as a witness. It's time consuming and the threat of going to jail or racking up massive fines is always present. TV shows like "Law and Order" have contributed to this idea that court is definitely a place to avoid. 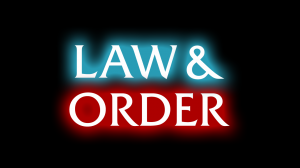 In the Criminal Justice System the people are represented by two separate, yet completely terrifying groups.

Meanwhile, it's a standard point of contract law that the language used to negotiate should be the language used in the written contract that follows. This means that if a landlord and a tenant in Chicago spend all of their time negotiating in Esperanto then the lease should be in Esperanto as well. Of course, given the current state of Chicago Landlord Tenant law, there isn't a viable pre-printed lease in Esperanto. Or Spanish. Or Polish, Korean, Arabic, French or Chinese. Just English.

But I would argue that there isn't a version in English either. The two most commonly used Chicago Apartment Leases are written in Legalese. Much as a Shakespeare scholar has an easy time reading "Romeo & Juliet," a lawyer or a judge would be able to skim through an apartment lease just fine. However, the rest of us are faced with a double whammy of language AND the chilling reminder of the courthouse every time we rent an apartment. 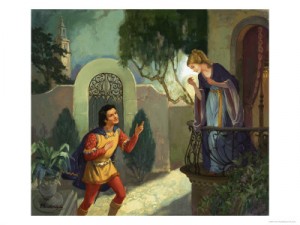 But soft, what light from yonder window breaks?

...'Cuz seriously, I just replaced those windows and if she messes them up I'm keeping the deposit.

I mean, seriously. Can you understand this?

In consideration of the mutual agreements and covenants set forth in this Lease, and in further consideration of the statements made by Tenant in the application for Lease and all supporting documents thereto, including Tenant's financial statements (if any), the truth and accuracy thereof being attested to by Tenant and the information therein contained being incorporated into this Lease as if set forth herein in full, Landlord hereby leases to Tenant, and Tenant hereby leases from Landlord, for use as a private dwelling unit only, the Premises, together with the fixtures and appliances belonging thereto, for the Term. If there is more than one undersigned Tenant, the term "Tenant", as used herein, shall include all of such undersigned persons and each and every provision of this Lease shall be binding on each and every one of the undersigned persons and they shall be jointly and severally liable hereunder and Landlord shall have the right to join one or all of them in any proceeding or to proceed against them in any order.

... What a mess. That's the opening paragraph of the current Chicago Apartment Lease form provided by the Chicago Association of Realtors.

Have you considered the long term effects of sealing the deal on an apartment rental with a lease in legalese?

Did you know that every StrawStickStone entry is written for an 8th grade reading level? After 142 articles I'd say I've got a decent amount of experience in keeping things easy to read. How about a translation of those two sentences up there?

The tenant(s) named may lease the apartment at the address above from the landlord(s) with the landlord's permission, for use as a private residence only. The lease will be subject to the items outlined in this agreement, its supporting documents and the tenant's original application to rent. The lease will last for the duration of the term specified above, and will include all fixtures and appliances. All tenants must follow the terms of the lease. The landlord will have the right to enforce the terms of the lease against the tenants jointly or individually.

I'm not saying that you should go and rewrite the CAR lease into plain English on your own, unless your a lawyer with lots of Landlord-Tenant experience. However, it might not be a bad idea for landlords to pair the formal lease with a plain English addendum that outlines the most important rules. Nobody should be expected to sign a lease that they don't understand - in fact, forcing someone to do so may invalidate the agreement. That goes for speakers of any language, English included. 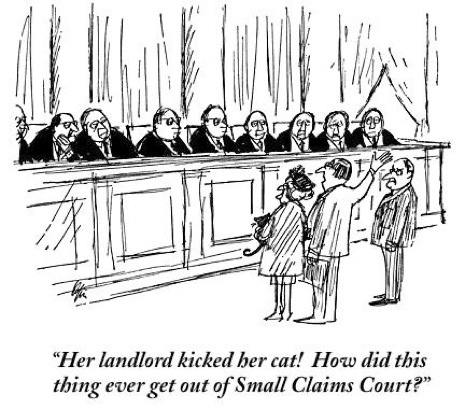 I recommend taking the time to read through the lease together at the time it's signed to make sure both sides understand the language included. Taking the time to review the lease together serves to move away from the formality of the lease. It reminds everyone that there's still a human being on the other side of all that language. You're still going to have to use a formal lease, and there will always be an aspect of rolling out the red carpet for the lawyers every time you do. But every moment you take to help each other to understand the language is another chance to defuse possible future lawsuits before they occur, both from a comprehension perspective and a psychological one.

I'll be back on Monday with some pointers on how tenants can report apartment problems without being offensive. If you would like to see me translate the rest of the Chicago Apartment Lease, leave me a note in the comments. If there's enough interest I'll give it a shot.