First time buyers will probably get confused when people start talking about Fannie Mae, Freddie Mac and Ginnie Mae. Who the heck are these people, and why do they they have a say in what house you can buy? Today’s article is a quick (and vastly oversimplified) overview of who they are and why they exist. 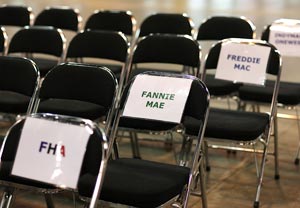 They aren’t actually people. You cannot invite them to parties or weddings.

The story begins back in 1938, at the height of the Great Depression. FDR and his team were trying to come up with ways to encourage the money to start moving around again. They wanted to get people to buy houses, but they had several problems to solve along the way.

When people don’t have any cash, they need to borrow a lot of money to buy a house. Money doesn’t grow on trees, though, not even trees in the backs of banks. The amount of money a bank can lend is capped at a number that’s in ratio to the amount of money people have deposited there. The exact ratio varies depending on the economy, but there is always a limit. They cannot lend out infinite amounts of money. Back in the 1930′s, with everybody short on funds, the banks were also out of money to lend. Nothing was coming in, so nothing could go out.

Solution: Sell the loans so you can lend more

Think of this situation like a bucket placed under a leaky sink. Each loan on the books at a bank is another drop in their bucket. Without assistance, the bucket will fill up. The bank won’t be able to take on any more new loan accounts. But if somebody comes along to take away the full bucket and replace it with a fresh, empty one, then the process can start over.

In the mortgage business, the companies that the public deals with are part of what’s called the primary mortgage market. There’s also a secondary mortgage market – these are the folks changing out the bucket. They buy up the accounts that a bank has already collected, giving the bank the ability to lend more money.

Problem: Nobody will buy loans!

Of course, in an era like the Great Depression where very few people have money and the risk of loan default is very high, the New Deal folks encountered some static in launching their attempts to add a layer of depth to the mortgage market. However, putting all of the burden on the government alone would have done nothing to create the confidence and market activity that was necessary to end the Depression. They came up with a pretty cool answer. Her name was Fannie Mae. 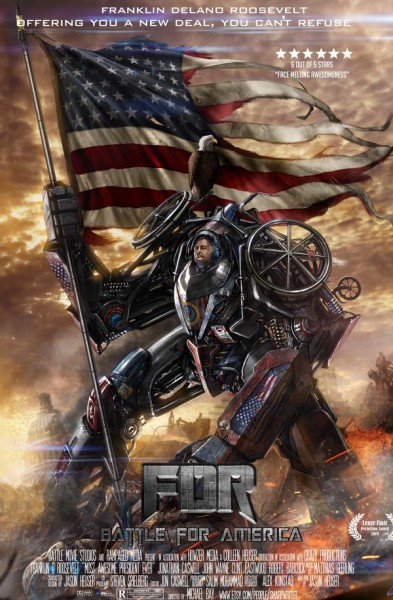 Solution: Create a Government entity to buy them.

The Federal National Mortgage Administration can be abbreviated to FNMA. If you try and pronounce “FNMA” at face value, it comes out sounding something like “Fannie Mae.” It isn’t a person. It’s a mortgage-buying business. This was the group created by FDR and his New Deal peeps to buy the loan accounts from banks, so they could go back to lending more money. It worked pretty well.

In fact, Fannie Mae did her job really well. By the time the 1950′s rolled around, people were getting worried that she was getting too big for her breeches. After all, it isn’t a good idea to have half of the homes in the country all backed by the government. And besides, once the secondary mortgage market had proven itself to be profitable, private citizens wanted a cut of that tasty money.

Solution: Make them into private companies with government sponsorship

Come 1954, Fannie Mae did what any successful company with a lot of investor interest would do – they allowed the public to buy shares. The government kept preferred stock and sold common stock to civilians and businesses who wanted to be able to sell their loans to Fannie Mae. Basically, this meant that every bank who wanted to take advantage of the “bucket-emptiers” had to buy stock and become part of the driving force behind the system.

This is, in a nutshell, why banks became so strict with their guidelines for issuing mortgages. They would only issue loans that were of low enough risk that Fannie Mae will want to buy them. As shareholders, they had a vested interest in making sure the venture succeeded.

By the time 1968 rolled around, this new arrangement had created a wildly successful capital market based on Fannie Mae loans. The government backed out, leaving Fannie Mae as a private enterprise with “government sponsorship.”

Problem: Capitalists won’t lend to everyone

The guidelines became another problem, though. Once the shareholders took over, they became less willing to lend money to high risk borrowers. Unless you had perfect references and a big chunk of cash for a down payment you were not going to be able to obtain a Fannie Mae-backed loan. Banks had a certain amount of cash that they could lend on their own to people who didn’t meet Fannie’s standards – these still exist today and are called “portfolio loans” – but they tended to be even stricter about those, since they didn’t have the safety net of the government behind them.

The underprivileged folk needed some way of reassuring the capitalists that they were going to honor their debts, so along came Ginnie Mae.

When Fannie Mae went public, the government created the Government National Mortgage Administration to see to those higher risk borrowers. Ginnie Mae doesn’t actually buy loan accounts from the banks. They’re more like an insurance company. Basically, if the two were a couple of ladies in a bar, the conversation would go something like this:

Ginnie Mae: Hey Fannie, why don’t you go have a drink with my brother? He’s a real nice guy, but he just got laid off.

Fannie Mae: No way. I’m not going anywhere near any scrubs.

Ginnie Mae: Seriously? I’ll tell you what. I gotta get him out of my basement. Give him a shot. If he doesn’t get a better job within a few months, I’ll buy you a weekend in Vegas. Deal?

Basically, Ginnie Mae steps in between the borrower and Fannie Mae to insure specific loans that would otherwise be too risky. It’s because of this insurance that 3.5% down payment FHA loans and 0% down VA loans can continue to exist. 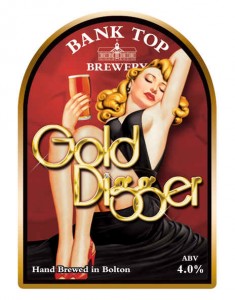 Get down, Fannie Mae, go ‘head, get down.

Now, once Fannie Mae left the government’s hands, another problem cropped up – private companies aren’t allowed to have monopolies in US commerce. As long as they were part of the government they were OK, but once the government was relegated to a “sponsorship” role, the situation became legally dubious. Besides, monopolies – especially when it pertains to the housing market – are a very bad idea for keeping commerce active and markets on the rise.

Solution: Give us another one just like the other one.

The Federal Home Loan Mortgage Corporation was created by the government to provide a little competition with Fannie Mae. I know, “FHLMC” doesn’t sound a bit like “Freddie Mac” when you try to say it out loud, but that’s how it came to be known. It ran pretty much just like Fannie Mae. Government sponsored, publicly owned by shareholders who wanted to sell their loans to Freddie. (Ginnie, ever the matchmaker, would insure loans for either one.)

In the late 1990′s, a few outside ringers specializing in “private label mortgage backed securities” (PLS) entered the scene and started offering loans with less restrictive requirements than Fannie & Freddie. If you wanted a 40 year loan instead of the standard 30, or if you had a credit score below 660, or if you couldn’t justify that your income was sufficient for the amount you wanted to borrow, the private label guys had your back. With the rise of the credit score as an arbiter of a person’s financial worth happening at the same time, private labels rapidly got to the point of creating nearly half of the loan accounts in the American housing market by 2005.

Of course, for Fannie and Freddie to keep up, they also had to loosen their restrictions and start making higher risk loans. 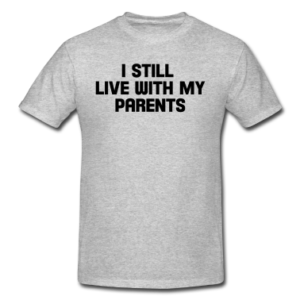 Solution: Put the private companies back under government control

The upstart private label guys could play fast and loose with their risk levels. Fannie & Freddie, on the other hand, had been carrying the loans for over half the country for 69 years by the time the poop hit the fan in 2007. They couldn’t collapse. So the government stepped in as “conservators” until the two companies learned how to run themselves ethically again. (Basically this is the big-business equivalent of moving back in with your folks to crash for a while.)

So who are Fannie, Freddie and Ginnie? Basically they’re the business-equivalent of a bunch of kids who are still trying to figure themselves out. They’re just carrying the weight of the entire housing market on their back while they do so.

I’ll be back Monday to discuss what to do when your renter is a celebrity. See you then!