We’re talking about lawyers and juries and how they affect the eviction numbers today, along with some interesting data that I picked up along the way. This article is deviating a bit from the its predecessors in the series, in that I’m not going to be relying too heavily on the numbers I got from the Cook County Clerk. I’ve had to reach beyond to do some additional research. Instead of footnoting everything like I usually do, I will instead provided a bibliography of sources down at the bottom so you can read all of the reports at your leisure, if that’s your thing. 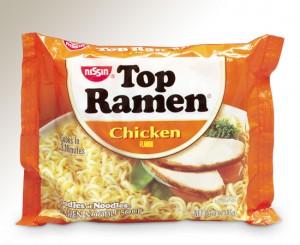 You can fit a couple of eviction hearings in the time it takes to cook Ramen.

I want you to imagine a scenario with me for a moment. You are a landlord. A tenant moved into your apartment in October. It is now February and you have not seen a rent check since the first month. The tenant has moved in a whole crew of additional occupants, and a pit bull. They have also apparently spent their rent money on a big screen TV, because you can see it on the floor of their apartment, leaning against the wall underneath the big hole that it left when it fell down.

You filed to evict in after the 2nd missed rent payment, in early December, like any good landlord. Due to the wait and the holiday season, your court date was scheduled for early February. You arrive in court. You’re ready to tell your whole story.

Talk fast. You’ve got 90 seconds in front of the judge. You have to split that with the tenant if they decide to mount a defense. Better know your stuff.

In 1997, Chicago evictions were filed by landlords with lawyers 72% of the time. By 2003, landlords had lawyers in eviction court 53% of the time. The recent changes in the CRLTO make me think that attorneys in eviction court may be making a comeback, but I couldn’t find figures from the past decade to back that up. Nationwide the court systems are groaning under the load of citizens seeking self-help reference info, hoping to save money by filing their court cases pro se (without representation), so it may be that the percentage of landlords with representation has remained relatively stable.

What can an attorney really do for a landlord? There are certain times when a landlord has to have an attorney. If you’re incorporated and suing as your company, then you must have representation. Otherwise, you can choose to go without. So why spend the extra money? Well, to explain, let me start with another quote from that same LCBH report. “In all cases, the defense raised made no difference to the outcome: the tenant always lost.”(Emphasis mine.)

But wait a minute. If the tenant always loses, where does our 62.7% success rate in Chicago eviction trials come from? Shouldn’t it be 100%? Why on earth am I using this statistic as a reason to get an attorney? If you’re going to win anyhow, can’t you save the cash and do it yourself? I’m thinking that many of the remaining 38.3% of the filed cases wind up as mistrials for assorted clerical reasons. One of the main benefits of filing an eviction with the assistance of an experienced landlord-tenant attorney is that they know how to jump through all of the assorted hoops required to make sure you at least get up in front of the judge.

As for helping you to win your case when you get up there? It’s tough to prove that one way or another, and that’s simply due to a matter of time. In 1997, eviction hearings lasted about 3 minutes. In 2003, that was down to 1 minute and 44 seconds. Based on my math, if all five courtrooms were in session for all of the possible weekdays in 2011 and only took breaks for lunch, the average cases had at most 3 minutes a piece, including the time it takes for everyone to approach the bench. It’s pretty tough to tell in that short of a timespan if the attorney is helping at all.

The study I used did notice that the average case was 18 seconds longer if the landlord had an attorney, but that time difference could easily be explained by the amount of time it takes to say “my client” instead of “me” when presenting the facts to the judge.

So from the landlord’s side, I’d say that yes, attorneys are useful if only for helping you to assemble and organize your case. On complex cases they’re certainly mandatory. But once you get up in front of the judge? Unless your lawyer is a Time Lord I highly doubt that they can do much more to help you.

I suppose eviction hearings on Gallifrey took much longer than they do in Chicago. I mean technically they’ve been trying to evict the Doctor from his TARDIS for decades now.

As for the tenants? From 1997 to 2003 the numbers remained pretty consistent, with only 4-5% of tenants having attorney representation in court. Have they changed in the past decade? People are less able to afford professional help, so I doubt it. It’s probably just as well. The Lawyers’ Committee for Better Housing stated in December of 2004, “[we] did not find any indication that represented tenants were likely to receive any outcome other than a continuance, which ultimately still led to the same result – eviction.” A continuance is basically an extension – the judge and landlord agree to give you more time to solve the problem on your own. However, even given the continuances, most tenants are unable to bail themselves out from a rent hole that may be 3 months deep or more. In other words, even if you get an attorney, all they can do is buy you a little more time in your apartment before the sheriff shows up.

Can a lawyer make any difference? The 2003 report found that tenants with lawyers did have a longer time on the stand – 3 minutes and 9 seconds to be precise. They also wind up getting an extra day on average to stay in their apartments before the sheriff arrived. However, I should point out that tenants gained about 6 days longer for just managing to show up to their hearing. 56% of tenants were able to make it to the courthouse, in contrast to 83% of the landlords. From the looks of it, you can do more to help yourself by simply being present.

But What If You Need More Time?

Now let’s try another scenario. You’re a tenant this time. You moved to town last summer to take care of an ailing parent. The expectation was that they would not live through Thanksgiving, but here we are, February and they’re still around. You’re waiting on the inheritance that will allow you to cover your living expenses. You didn’t expect to be here for this long, so you moved into the first cheap place you could find. It’s a dump. There’s no heat. You’re paying for the water for the whole building. You keep coming home to find your landlord sitting on your couch watching Judge Judy, waiting to ask you for a payment.

Apparently he’s taking afternoon TV a bit too seriously, because you come home one Friday evening to find a note on your door saying you are summoned to eviction court on Monday. Your heat’s been turned off to “encourage” you to move out.

You need more time. You definitely need more than 3 minutes on the stand. You could probably also do with having more than just the judge to hear your case. You’re a candidate for becoming one of the 3% of tenants in eviction cases who request a jury trial.

Yes, you can request a jury to hear your eviction case. Both landlords and tenants are entitled to do so. Landlords generally avoid jury trials for the same reason tenants request them: they add time and cost to the proceedings.

In this era of courtroom dramas on evening TV, it’s sometimes a surprise for landlords and tenants to find out that their cases aren’t before a jury of their peers by default. It isn’t like “Law and Order.” It’s more like… well, Judge Judy. They’re bench trials, heard by a judge alone. But if landlords can make assumptions about the biases of wealthy judges, then tenants can do the same. A tenant who thinks that a judge is prejudiced or discriminatory could feel that they’ll have a better chance pleading their case in front of a jury. Plus, given the amount of time required to prepare a case for a jury, select the jurors, subpoena witnesses and rehear the case, a tenant can easily buy themselves several more months and rack up the landlord’s fees by several thousand dollars by saying “I want a jury trial” as their first words at the first hearing.

So, a lawyer can gain one extra day in the apartment for a tenant, and a jury can gain them several months a 1.6% advantage. Is it worth the time and expense?

There’s also a very slight statistical advantage to be gained for the tenant in going to jury trial. They have been shown to favor the defendant 1.6% more often than judges do in bench trials. However, they still choose the plaintiff (landlord) 61.5% of the time, so all you are doing is buying time.

Tenants, if your eviction case makes it all the way to the courtroom, no matter how many people you involve, the most you can do is delay the inevitable. You can file an appeal or you can file a counter-suit for damages, but you’ll be doing so from a new address.

Monday I’ll be back with the second to last part of this series. We’ll be focusing on the money and time spent on evictions citywide, and the massive industry that surrounds eviction cases.