Returning to the Scene of the Crime

In May of 2012 I did a three part series that tried to debunk the urban legend that Chicago's government entities are biased against landlords. I investigated the CRLTO and found it to be weighted heavily in favor of the tenant. I also investigated eviction proceedings using the Cook County Clerk's website. Based on the information I used, I came to the conclusion that the courts were also biased in favor of the tenant. However, I didn't feel too confident with those results. 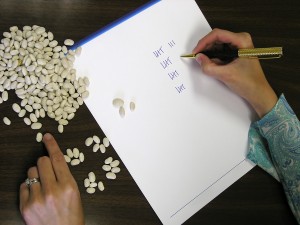 I'm not doing so well in disproving the rumor that I count beans as a hobby, am I?

The Clerk's website, while very useful for looking up individual cases, was not meant for statistically analyzing trends. I could only look at the cases that started on two particular days. While it made for an interesting story and I got some pretty good data, I didn't feel like extrapolating large scale info based on that small of a sample size. It bugged me for months. (Yes, inaccurate data does keep me awake at night.) I started trying to find a way to obtain a massive sample size to see if my initial conclusions held up.

The story of how I obtained the data is pretty involved. Court records are not subject to the Freedom of Information Act, so it wasn't as simple as submitting a FOIA request. I started in late October with a fax to the County Clerk's office requesting the numbers I needed for a large-scale analysis. I received a phone call with a reply on November 5 from the office of Chief Justice Timothy Evans stating that my request was in process, and asking for my mailing address. I gave it to them.

My data floated through all the departments marked in blue. Original charts via here and here. (PDF)  Click to view full size.

On November 12, I received a letter stating that Judge Evans had approved my request and that I would need to follow up with the Director of Information Services for the courts. I did so. He replied a few days later with contact info for Rob, the actual IT guy who would be processing my request. So I emailed Rob, who turned out to be a really nice person - thank you, Rob!

Rob warned me that using the IT department's processing power to obtain the records I needed was not going to be free, nor was it going to be cheap. He sent me an estimate of $250-300. I agreed and he ran the queries. On November 28 he had the finished data, and sent me an invoice for $359.

Due to unforeseen expenses over the holidays, I was unable to get downtown to the Daley Center to pick up the data until last week.

The lengthy saga has given me the following data:

I had hoped for the "winners" broken down by district and by year so I could spot any trends. I had also wanted a count of which cases had attorneys involved and which went to jury trial, but that would have tripled the cost of the data and I'm just not able to drop a grand on research right now. This is plenty, though.

To go along with this I have pulled stats from publicly available national and county court statistics for other types of cases, and the census data that I assembled together in late December in preparation for this day.

It's been a while since I did a series of articles all on the same subject. I try to vary things among topics of interest to landlords, tenants and homeowners. However, this particular topic is something that majorly affects two out of three groups. It's even pertinent to condo owners, as association evictions for non-payment of dues are wrapped up in these numbers. Therefore I am going to take my time and really drill into these numbers.

The investigation of these results will take a good chunk of February. This is the first of a ten part series that will run uninterrupted except for Rent Bacon. By the time I'm finished we will have dissected not just the myth of institutional bias as it pertains to Chicago evictions, but several other subsidiary myths as well.

Heavy duty number crunching starts in our next installment, but I'll give you a teaser. 63% of all the eviction cases were definitely in favor of one side or the other. As for which? I'll let you discuss in the comments, and we'll have the big reveal on Wednesday.