For your benefit, dear piggies, I have parsed out every clause and sorted them to get a rough count of how many of these laws are written to protect the tenant from the landlord and vice versa. I have effectively tallied the "score" of the laws on the books. 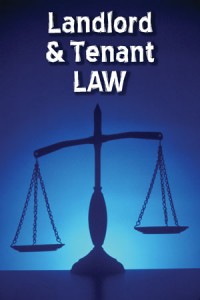 Funny, I didn't think those scales were supposed to be so tilted.

Yes, I'd say there's a bias in the laws themselves, not just how they're interpreted by the courts.

So what does it all mean?

There's a lot of prospective investors out there who have shied away from the Chicago apartment market because of the purported bias towards tenants. It's a system that has arisen through decades of malicious landlords taking advantage of tenants. While there will always be tenants who don't pay, tenants who damage property and tenants who blast their music until 4am, in the long run it's the landlord who has most of the power in this relationship. The landlord owns the property. All of the rights of ownership that make the purchase of real estate so attractive to the common man place too much power in the hands of those who are only in it for the money.

Yes, there are excellent and kind-hearted landlords out there. In fact, the inherent bias now proven to be true means that you have to be in it for more than the money to invest in Chicago apartments. While it may seem that the laws are written to penalize anyone who's out to promote the progress of capitalism, the bulk of them intend to protect tenants from those landlords who will do anything to make a buck or nothing at all if it means they can save one.

Yes, there are tenants out there who have memorized the ordinance and its loopholes and use it to take advantage of landlords who don't run their business like a boss. But the stats tell the story here. For a problem to make it all the way into law, it has to be a pretty major problem. Over the past 30 years since the ordinance was first created there have been a lot more cases where tenants had to be protected from unprofessional landlords than cases where landlords needed defense from these so-called professional tenants.

The greatest overall takeaway from this is that tenants are not afraid of using the legislative and judicial systems to enforce their own rights. In doing so they are leveraging a landlord's inherent fear of being dragged into court. That fear needs to go away. Just like parking tickets are part of the cost of driving in Chicago, lawsuits are part of the cost of owning apartment buildings. Too many landlords go into the business thinking that winding up in court means they've done something wrong, and the media's hammering of the idea that court = criminal prosecution has reinforced this unspoken connotation across the board. There is no equivalent shame in going to civil court, other than annoyance that you probably should have done a better background check. 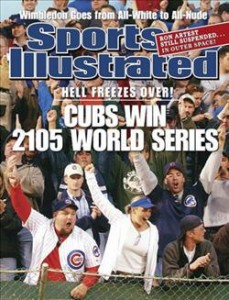 Prediction: We'll see this on the stands before the tenant favoritism goes away.

Landlords need to run their buildings like it's a business. Going to court is part of the entry fee. Plan it into your budget and leave 2-3 days per month for time down at the courthouse. Learn the rules that will lose you 2x the rent and make sure to not break them. Staying out of the Chicago investment game out of fear of prosecution is not going to help with the affordable housing problem, the slow economy, or your wallet. Do not expect Chicago to suddenly lose its bias anytime soon. It would require decades of conservative government to tone down the tenant favoritism in the CRLTO - this will not happen in our lifetime. Learn the rules, respect your tenants, follow a strong business plan and remember that landlording is not a passive investment.

Meanwhile, tenants need to remember what sort of person your landlord must be to understand this inherent bias and still want to provide housing for you. If you see a fellow tenant taking advantage of a good landlord, please call them on it. Chicago needs good, solid rental housing from landlords with good intentions. I know that the term "landlord" has a nasty sort of ring to it, but you need to look past that fairy-tale casting of a landlord as the eternal bad guy. If a landlord is making a good faith effort, you need to work with them. (On the other hand, if they're a bad landlord feel free to use all of those laws you've already got in your favor to give 'em hell.)

I'd love to see a dialogue about this, whether it's here or out there. I worked for a Chicago landlord for years, and I was a Chicago renter myself for a very long time, I've got war wounds from fighting the battle on both sides. But I can't tell if I've got a bias myself. If you see one in all of this, please do let me know. This particular 3 part series is at an end, but I'm more than happy to come back to this topic at a later date.