10 Warnings every Landlord should give to their First Time Renter 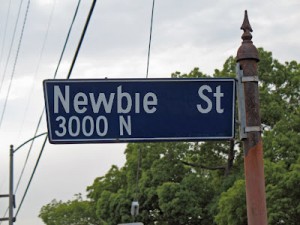 So you're renting your Chicago apartment to someone who's never lived on their own before. This means that the person living in your space won't have necessarily had the time to build up an inventory of common sense and practical wisdom that come with living alone. It doesn't mean that they're stupid or poorly educated. Rather than risk you having too many episodes of complaining to your friends about "kids these days," here are some things that you'll want to warn them about, or plan for.

1. Hair in drains. Renters may have previously had housekeepers who stood between them and the need to clear out a drain. If your renter has hair (most do), suggest that they get a hair catcher for the bathroom. Similarly if your property has particularly fragile plumbing please let your tenant know this. Often. Post laminated signs in the bathrooms. I'm not kidding. You'll probably still need to snake the drains at least once a year, but at least you can say you made an effort.

2. Pilot lights. Old fashioned gas stoves & furnaces have live-flame pilot lights. This will be a new experience to renters coming from homes with high end electric stoves or electric spark pilots. A tenant who discovers a lit pilot may consider it to be a malfunction & fire hazard, and extinguish it. In the category of easily avoided bad ideas, this is the ultimate example. 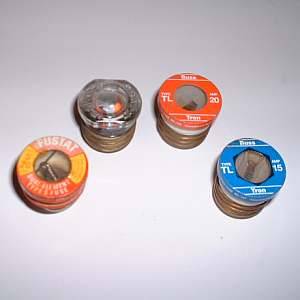 Your average 25 year old will have no idea what these are.

Oh, and now that we all use expensive eco-friendly bulbs, don't be surprised if your tenant takes them to their new apartment upon moving out and leaves you with empty light sockets.

4. You keep whatever is nailed down. Basic landlord-tenant law. In an apartment situation, at the end of the lease, the landlord keeps as a fixture anything that's attached to the walls or floor, plus any appliances provided at the start of the lease. This means that if the tenant puts in their own ceiling fan, full-length mirror, medicine cabinet, shower curtain rod or chandelier and they don't remove it, it's yours to keep.

5. Maximum capacity. It's been almost a decade since the 2003 porch collapse disaster. Your average new college graduate was just wrapping up grammar school when it happened. While the event was sufficiently epic to merit its own Wikipedia entry, the after-effects have been less than thorough. Two-flats escaped the scrutiny of the inspectors and many private homes that have now entered the rental market were never inspected regardless of size. Chicago porches that are up to code have to bear 100 pounds per square foot but many are not up to code. Your first time renter may not be aware of the history. Don't let them overload your porch.

From user sedatephobia on Tumblr.

6. Water is heavy. Humans have a weird tendency to deny that transparent items are heavy. Glass is molten sand and very heavy. Air is extremely heavy. Water appears benign, but it's one of the worst offenders in causing floor damage in apartments. If you stuck Chicago's Bean into a snow globe, the water around it would weigh over 26 times more than the bean itself. A tenant may think that their pet fish are harmless compared with a cat or dog, but a heavy fishtank on an old floor can be just as dangerous.

7. You are not alone. Unless your rental is a single family home, they will be sharing the building with other people. Noise carries from apartment to apartment, through floors, walls, and out of windows. Tenants fresh out of college dorms may need a reminder that they are no longer in a homogeneous environment where noise is forgiven as part of the scene.

8. You are not alone part 2. Pest problems are rarely confined to just one unit in a development. If one tenant gets rid of a pest problem independently of a whole-building treatment, the pests will simply move on to another apartment nearby. Infestations can be embarrassing but they can happen to anyone regardless of their housekeeping skills. Make sure your renters know that there is no shame in reporting a problem, if it means the issue is solved before it spreads.

9. Keep the doors locked. New renters may be coming from dorms or homes where the exterior doors automatically locked closed behind them as they left. It will take them several months of practice to get into the habit of checking behind themselves to lock your door on their way out. Encourage them by posting small signs above the door handle to remind them that safety is everyone's business. 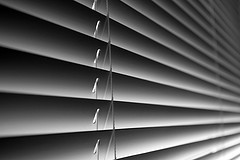 Miniblinds. Saving the world from needing eye bleach since the 1970s.

10. Out of sight, out of mind. Window treatments are not just a matter of style. They're vital to the safety of your tenants' belongings. Remind your tenant that valuables that are visible through a window are easy marks for nearby criminals, and that other people can see into their apartment through open windows at all hours.

This could very well have been a top 20 list but I figured I'd save some for another installment later on. Help me out. What seemingly obvious facts of apartment living have your first-time tenants somehow missed? Share them with us in the comments and I'll try to cover them in the next installment!