Guest Post: Get rid of unnecessary items before you move. 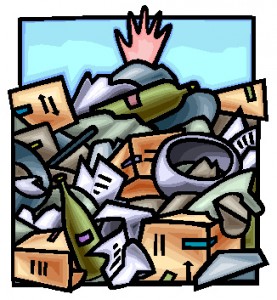 Note from Kay: Today's post is from guest author Joseph Ver of Sparefoot storage search. Please be kind to Joseph, he's allowing me a much needed day off from  writing.

-Do you find yourself yelling an assortment of expletives due to stubbed toes?
-Do you have to move piles of items off of chairs and furniture every time someone visits?
-Do you find yourself having to temporarily rearrange a few pieces of furniture just to get out of your home?
-Have you lost your pets only to find them hiding under papers or clothes in your home?
-Have you already forgotten the color of your carpet?

Although these may be a bit severe and symptoms of being disorganized, having too many things isn’t necessarily an immediate revelation. The moment I realized I had too many things was when I had to move out of my apartment recently. I found myself frustrated as I gathered loose papers scattered across various tables of my apartment, and stuffing them in recycling bins. All of those kitschy knick-knacks you bought at your thrift store will probably be heading back there upon moving. If you can, try to keep your home from having too many things. If you are like me and are about to move, here are some tips in deciding what you should get rid of and how to pack everything away when relocating in Chicago. END_OF_DOCUMENT_TOKEN_TO_BE_REPLACED 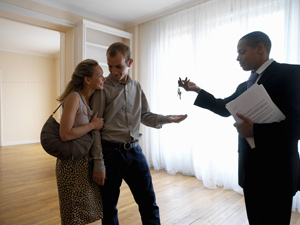 For your benefit, dear piggies, I have parsed out every clause and sorted them to get a rough count of how many of these laws are written to protect the tenant from the landlord and vice versa. I have effectively tallied the "score" of the laws on the books. END_OF_DOCUMENT_TOKEN_TO_BE_REPLACED 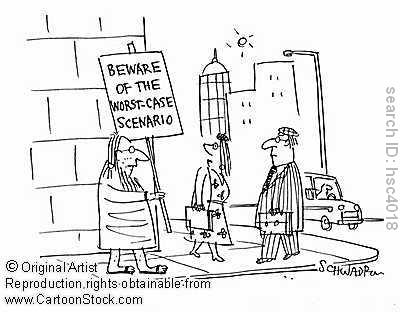 Most new landlords think through the steps involved in finding a tenant, but they rarely plan on what to do in the event that a major catastrophe or minor disturbance alters the flow of the occupancy. After 7 years in the rental market I can attest that every one of the 10 items on this list has occurred, sometimes on multiple occasions. I'm not going to tell you what your contingency plans should be, although I have served as a sounding board before in helping landlords hash out their worst case scenarios.

In all of these cases make sure that you know the city laws about what you can and cannot do, have contacts handy in your files who can handle the repairs, and know what your timeframe and potential cost will be is to resolve the issue. Make sure you've taken all the necessary preventive measures to keep these situations from occurring, without hindering your tenants' ability to live comfortably in their apartments. Figure out what insurance will cover. Figure out what your liability limits are. Having a plan in place will help you to keep your head about you and your wallet close to intact in these admittedly stressful scenarios. 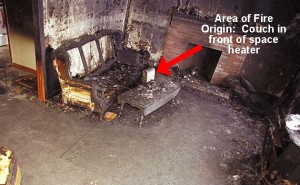 1. Fire that damages a unit. 90,500 apartment fires break out per year in the United States. In 2010 that came to 440 deaths, nearly 4000 injuries and over $1b in property damage. (Source: [1]) 36% of all US fires in 2010 were to some sort of building, as opposed to wildfires, dumpster fires, cars, etc. (Source: [2]) Regardless of if it's a small grease fire that can be extinguished with a kitchen fire extinguisher or a space heater that arcs on an overloaded outlet, it's always possible that one of your apartments will be damaged by fire. 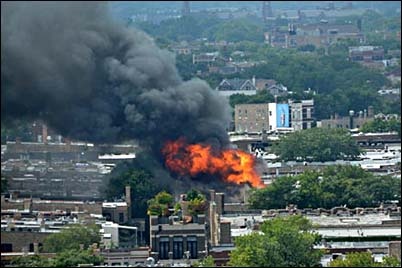 2. Fire that destroys the building. A single apartment on fire is one thing. Losing an entire wing full of apartments, or worse, seeing your property condemned due to fire, is an absolute disaster. This is, oddly enough, one of the few scenarios that new landlords will actually plan for as it's a pretty extreme "what if."  Fires are tricky things to contain. A careless neighbor, vagrant or neighboring pizza place could take out your building. Make sure you've planned for fires both big and small. END_OF_DOCUMENT_TOKEN_TO_BE_REPLACED

Above measurements are for Pre WWII walk-up buildings. Anything larger than that and the agent is either counting walls as part of the area or just guesstimating based on how the space "feels." END_OF_DOCUMENT_TOKEN_TO_BE_REPLACED 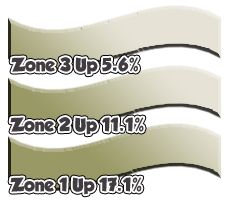 Rents once again increased over last year, and market times decreased in 2 out of 3 zones. (corrected July 2012)

The downtown mid-north side zones continued their patterns of serious rent increases and shortened market times in April. However, it is interesting to note that in both Zone 1 and Zone 2 the number of MLS-listed 2 bedroom apartments actually decreased slightly year-over-year. This makes sense in a strong landlord's market, as landlords are finding success in renting on their own this year.

While Rent Bacon normally looks at year-over-year data, this month it's also worth looking at the month-over-month growth when compared with the rent rates for March. Zone 1 saw a 10.4% month-over-month increase in rents, Zone 2 up by 1.7% and Zone 3 up by 3.8%. The zone 3 increases are particularly worrisome considering that Zone 3 neighborhoods are usually the least expensive options available to lower-income tenants. Some of the rent growth can be attributed to April being the first "on-season" month in the Chicago rental market, but not all.

As always, stats reflect pricing and activity for 2 bedroom, 2 bathroom apartments listed in ConnectMLS as with rented dates during the month of April. Analysis of specific areas is available upon request.