It's hard to believe, but it's been three months since I posted the Q1 Rent Index. I'm back again with the rent rates from the Chicago MLS for the 2nd quarter of 2012. As before, I'm separating the stats by type of neighborhood, and tracking different styles of apartments. This time around, since I had the data handy, I included the change from last quarter. For the sake of making this easier to read, I've split them into three separate tables.

Chicago's rental market has always seen a slight increase in rent rates from the offseason (winter and early spring) to the peak market. This transition usually occurs between March and April, and the comparison between Q1 and Q2 bears this out. Nearly everywhere saw an increase. You must remember that this reflects a regular response to the ebb and flow of the rental market, not a major ground-shift trend. Unless an area saw an increase greater than about 5%, there's no reason to panic about rents rising too fast. Even so, considering the year over year growth that we've seen, there is cause for concern when even 4% is added to an already strained renter's budget.

Two sectors did see a decrease in average prices, although one of those sectors had such small sample sizes in both quarters that even one very unique property could knock the numbers about considerably.

Stats based on printed rent rates for the second quarter of 2012 as listed in MRED LLC’s ConnectMLS for the city of Chicago. Completed rentals only, no active listings.

10 Things You Can Do Regularly to Save Money

Many of you reading this blog are saving up for a down payment, security deposit, cash purchase of investment property, or a similar major expense in the near future. With slim paychecks and rising expenses it can be difficult to squirrel away the recommended 20% of every paycheck.

When I transferred from property management to brokerage I knew I was going to take a pay cut for a while as I rebuilt my business. Here are some of the things I've done to cut my expenses. Maybe they'll work for you, too.

Do you have a money-saving tip to share with us? Let me know in the comments!

When Should You Start Looking for an Apartment? 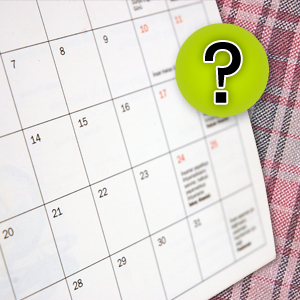 How soon should you start looking? Well that depends on what you need.

I get this question all the time. How far in advance should a renter start looking for an apartment in Chicago? The answer is extremely varied and depends on your needs, of course. However, there are some definite deciding factors that may help you to schedule things properly. Of course, I've got some handy charts to help as well!

Who can use these charts at face value?

These charts are intended for renters who are looking in Chicago with agent representation. Maybe you want a high end rental, or you're moving from out of town. Maybe you're working with a tight schedule and can only attend a handful of showings. Or perhaps you know you're really picky and want the biggest range of options available to you.

Regardless of your reasons, if you've chosen to work with an agent or locator these charts will probably work for you at face value.

If you're working alone, back up your start date.

The numbers I was able to wring out of my research uses the MLS exclusively. When dealing with rentals in the MLS you must remember that many landlords will try to rent their apartment on their own before they agree to pay an agent's commission. This means that if you're willing to go door to door and crawl through the Chicago Reader looking for spaces you may be able to find something as much as a month earlier than my charts here will show. You can still use them as a benchmark, though - just add 4 weeks what's displayed on the charts.

[Landlords can use this info to calculate when best to launch their listing!]

Many of the bigger & cheaper property managers will hit the market as early as they can. Apartments covered by the CRLTO can be shown as early as 60 days in advance. So in addition to those Type-A folks who feel comfortable cruising the blocks without a representation, the renters looking for the cheapest budget rentals will also want to start a month earlier than these charts show. (This year that means below $1500 if you're on the north side of Chicago.) END_OF_DOCUMENT_TOKEN_TO_BE_REPLACED

Don't get me wrong - I'm all for helping out the less fortunate. EM:HE, though, was a frosting of generosity plastered thickly onto a cake of "let's sell lots of furniture." END_OF_DOCUMENT_TOKEN_TO_BE_REPLACED

Time to get a little trashy.

So a property manager, a process server and a former Marine walk into an apartment. Sounds like the set up for either a joke or a reality series. When one of my coworkers brought the new show "World's Worst Tenants" to my attention a couple of weeks ago my first thought was "Wow, how trashy can you get?" and the second thought was a bit of regret that I didn't come up with the idea myself.

Regardless, I'm here to offer my thoughts on the first two episodes, which are all that have aired at the time of writing. (A third airs Tuesday evening but I'll have to have this article in the hopper by then.)

As best I can tell, they've got two burly property managers (who call themselves "eviction specialists") and a wispy process server with at least some knowledge of the landlord-tenant laws driving around southern California in an Escalade. They visit a selection of the worst problem tenants and are shown alternately threatening, roughing up, busting and saving the lives of the more extreme examples of the rental business.

An excerpt for your viewing pleasure (or distaste) and then on to the analysis after the jump.

Full episodes are, of course, available at spike.com from the link in the first paragraph. I probably don't need to tell you this but the clips are not safe for work. END_OF_DOCUMENT_TOKEN_TO_BE_REPLACED

... In other words, "seriously guys? You thought this was all real? Helloooo!" END_OF_DOCUMENT_TOKEN_TO_BE_REPLACED

Harper's Index has always been one of my favorite sources for trivia. I've nicked their format once before and it was a blast. Since Friday is the day when I count things for you it's time I return to that format for a smattering of curious figures.

Number of true search results in Amazon's library for:

Number of Google search results for:

Number of new Chicago Craigslist postings in an hour for:

Average list price per square foot per month for:

US National Interest rate averages as of mid-June 2012:

Landlord Hacks: Calling the Prior Landlord

Landlords who use just a credit report to background check their clients really bug me. Rental payments are very rarely reflected in a credit score. Experian has a specific credit score for rentals now but it only applies if the prior landlords have been reporting payment history to Experian. This does not happen in the real world.

This is one of the reasons why renting is inescapable for many of the lower income residents of Chicago. They let their bills slide in favor of rent. So their credit score lowers. So it gets harder for them to get credit or better housing or a loan to purchase a home.

The surest way to verify rent payment has been practiced by landlords for centuries: pay a visit to the prior landlord and ask them. However, as with all things, the advent of the information age combined with fair housing legislation has introduced some complications to this ordinary business of checking references. Find out how to do this the proper way after the jump.